About Shoes For Crews

The original slip-resistant footwear since 1984.

Foundations of Shoes For Crews

Over 35 years ago, our founder Stan Smith observed an increase in workplace injuries caused by slips and falls and saw a need to develop a solution that would eliminate the problem.

In 1984, the Shoes For Crews brand was formed, and our slip-resistant outsole technology was invented. Since then, we’ve safeguarded millions of workers and helped thousands of businesses save money on workers’ compensation costs across the globe.

With over 280 styles for men/women in the athletic, casual, dress and safety categories, today, Shoes For Crews is the industry standard and trusted leader in safety footwear solutions for more than 150,000 enterprises around the world. We are dedicated to delivering high-quality footwear for your entire team, ensuring that they are safe at all times!

Expanding into the European Market

In 2001, Shoes For Crews (Europe) Ltd. was founded in Shannon, Ireland, soon supplying a variety of slip-resistant footwear to the European market.

As the company grew, at the end of the decade we recruited and established talented sales teams in Germany, the United Kingdom and France.

In 2011, to accommodate the expansion of the Shannon-based team, we relocated to a larger office space. During this time, we also moved and expanded our European distribution centre in Shannon.

Since 2010 Shoes For Crews (Europe) Ltd. has produced its shoe catalogue in 3 different languages (English, German and French) and maintained a multi-lingual customer support team in Shannon to meet the needs of those countries. In 2013, Shoes For Crews (Europe) Ltd. moved its distribution centre to Venlo in the Netherlands to meet the needs of its ever-expanding European business.

In 2017, Shoes For Crews increased its customer care team to cover the Dutch market and formed a sales team in the Netherlands. In addition, to serve our customers as best as we can we started distribution of a Dutch version of the sales catalogue.

At the present time, with a dedicated Sales Team and Sales Support Team, Shoes For Crews (Europe) Ltd. continues to expand into new areas like Spain and Italy.
We currently have over 110+ slip-resistant shoe styles in Europe in our portfolio, with more to be added throughout the next few years.

Get Home Safe: Our Vision, Mission, and Values

At Shoes For Crews, our vision is to fit the world with safety footwear solutions. We’re on a mission to keep the workforce safe on the job with comfortable, quality protective footwear solutions—reducing accidents and saving money. Together, we walk our values on a Customer-Focused P.A.T.H:

Our Technology: Where Safety & Comfort Unite

Comfort is just as important as safety in a work shoe. Year after year, Shoes For Crews footwear far exceeds the most stringent worldwide standards in slip resistance. We are constantly developing innovative solutions to improve the comfort of our shoes to keep your employees on their feet and performing at their highest potential. The three key areas that separate us from the competition are: 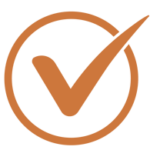 Where Can You Meet Us?

We will help you to find suitable footwear for your team. We will give you all the support you need to help you drive adoption within your organisation and achieve your safety goals with style!

*Shoes For Crews (Europe) Ltd. reserves the right to evaluate your request and your professional project before accepting your request of a free pair of shoes. Our experts will contact you to find suitable footwear for your team before sending you a free pair to try. Please note this offer is not valid for retail customers and current customers of Shoes For Crews.

Get Your Free Pair*
We use cookies on our website to give you the most relevant experience by remembering your preferences and repeat visits. By clicking “Accept All”, you consent to the use of ALL the cookies. However, you may visit "Cookie Settings" to provide a controlled consent.
Cookie SettingsAccept All
Manage consent

This website uses cookies to improve your experience while you navigate through the website. Out of these, the cookies that are categorized as necessary are stored on your browser as they are essential for the working of basic functionalities of the website. We also use third-party cookies that help us analyze and understand how you use this website. These cookies will be stored in your browser only with your consent. You also have the option to opt-out of these cookies. But opting out of some of these cookies may affect your browsing experience.
Necessary Always Enabled
Necessary cookies are absolutely essential for the website to function properly. These cookies ensure basic functionalities and security features of the website, anonymously.
Functional
Functional cookies help to perform certain functionalities like sharing the content of the website on social media platforms, collect feedbacks, and other third-party features.
Performance
Performance cookies are used to understand and analyze the key performance indexes of the website which helps in delivering a better user experience for the visitors.
Analytics
Analytical cookies are used to understand how visitors interact with the website. These cookies help provide information on metrics the number of visitors, bounce rate, traffic source, etc.
Advertisement
Advertisement cookies are used to provide visitors with relevant ads and marketing campaigns. These cookies track visitors across websites and collect information to provide customized ads.
Others
Other uncategorized cookies are those that are being analyzed and have not been classified into a category as yet.
SAVE & ACCEPT